With a broken heart, the league must announce the passing of Dan Alvino today. Dan was the 2nd Head of Officials for the LIFFL, serving in that capacity from 1992-2012. He was a Men’s League Head Referee from 1990-2019 for the Suffolk Division. Beloved by players and referees alike, Dan took over the LIFFL referees in its early days and turned it into the best Officials Organization in the Flag Football world. He served also as a crew chief “white hat” for Section 11(Suffolk High Schools) for 40 years. He is survived by his wife Claire, children Steven, Joseph, and Tracy, as well as numerous grandchildren. Commissioner George Higgins said “Dan was a Long Island Football Icon. Football on Long Island will never be the same without him.” 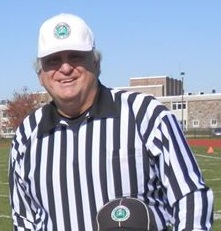 
Stay in the Huddle